I was pleased to attend the launch of Innovator13 at the Rideau Community Hub, located at the former Rideau High School this week. 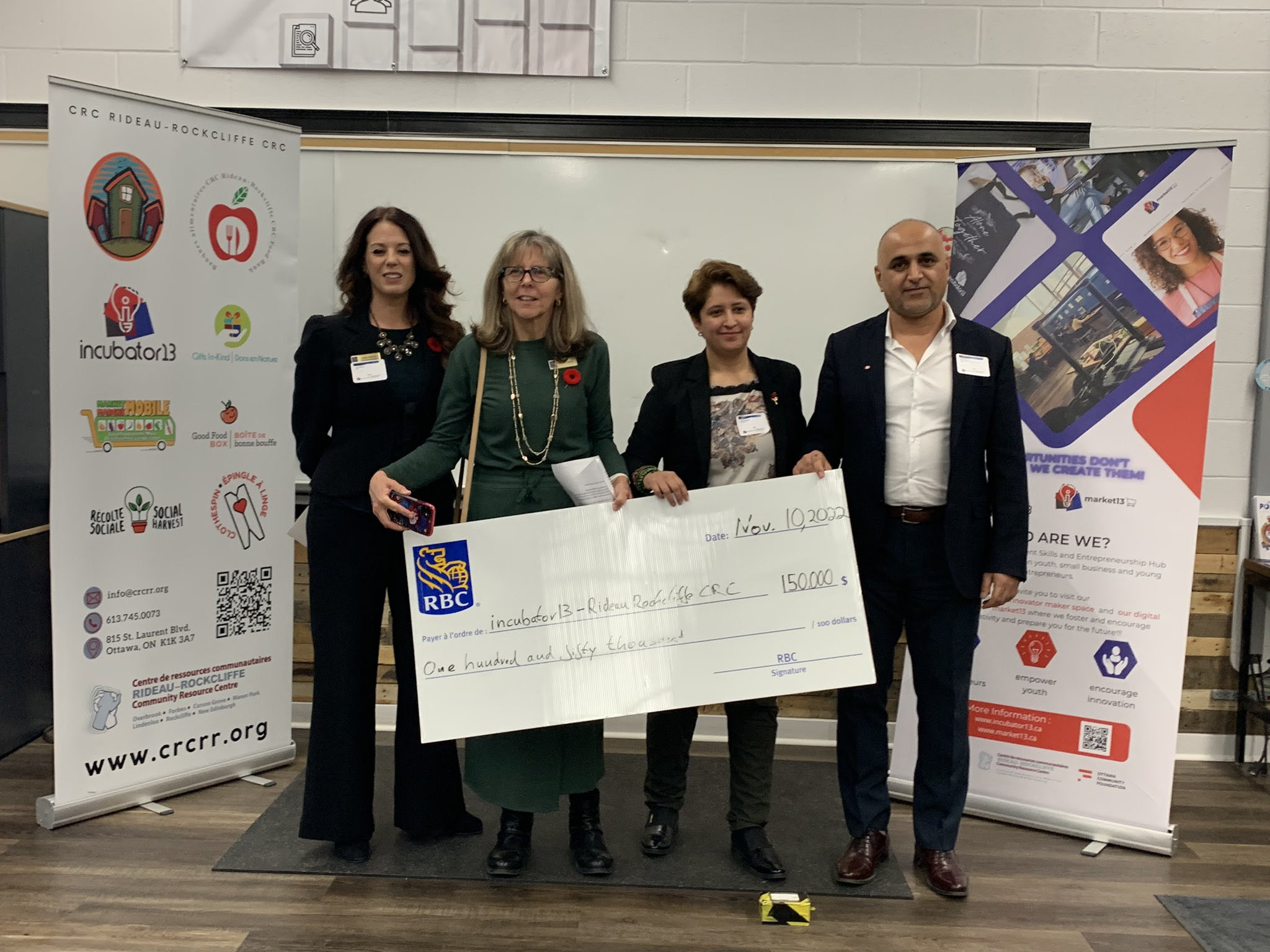 Innovator13 will be a place for young minds to explore their creativity and connect with other youth through innovation and entrepreneurship. The community is excited that RBC has donated $150,000 to this amazing initiative!

The Provincial Government has approved the City of Ottawa’s new Official Plan with 30 modifications.  The changes will create more greenfield development areas in the City which were rejected by Council in order to reduce urban sprawl.  The approval of the revised Official Plan by the Ministry of Municipal Affairs and Housing comes 13 months after its approval by Council following extensive public consultation.

Ottawa's boundary will expand by 1,350 to 1,650 hectares by 2046, in order to accommodate an extra 450,000 residents in the capital. The Official Plan will guide growth and redevelopment in Ottawa until 2046 and is premised upon the idea of building sustainable 15-minute neighbourhoods.

The changes to the Official Plan include expanding the urban boundary by an additional 500 hectares in Kanata, Stittsville, Orleans and Ottawa's south end. The Tewin development, a 445-acre plot located east of Leitrim Road and west of Carlsbad Springs, remains in the plan.

The revisions of the Official Plan by the Ministry of Municipal Affairs and Housing is final and cannot be appealed by the City of Ottawa.

The Provincial Government has proposed a new housing bill that will have serious economic, social and environmental implications on Ontario municipalities.  The bill was introduced at Queen’s Park a day after the municipal election as a calculated move to overhaul legislation dealing with development before the Council was sworn in.

Bill 23 proposes numerous changes to the Development Charges Act and Planning Act that, if passed, will significantly impact how municipal governments recover the costs associated with growth.

The cumulative impact of proposed changes to municipal fees and charges is significant and contrary to the widely accepted concept that growth should pay for growth.

The passage of Bill 23 will create tremendous financial pressures on the CIty while not substantially addressing the affordable housing crisis or providing revenue alternatives to address the funding shortfall associated with changes proposed under the Bill.  By lowering development fees, it is more difficult for Ottawa to raise the revenue needed to provide the infrastructure needed to support new developments.

Bill 23 also allows development permits to be issued without due consideration for the conservation of land in vulnerable areas such as wetlands.  It also places limits on residents to third-party appeals.  City staff will develop a set of actions to respond to the new legislation.

The new Vacant Property By-law comes into effect Tuesday, November 1. Vacant lots and buildings that have been unoccupied for 120 consecutive days are required to have a vacant property permit, with limited exemptions. On Wednesday, June 8, City Council approved this new by-law and permit system to hold property owners accountable for managing their vacant properties.

In addition to obtaining a permit, the Vacant Property By-law requires owners to comply with regulations for identifying, managing and visiting their sites. The vacant property permit system is intended to increase accountability for the owners of vacant buildings and lands, prevent neglect and harmful community impacts that vacancies can cause, and encourage the redevelopment or repurposing of existing vacant properties.

Annual permits cost $1,507 ($1,450 for the permit plus a $57 administrative fee). The fee revenue covers the cost of two new full-time city positions to enforce and administer the by-law. Permit exemptions can be made for snowbirds, traveling workers and vacation properties. Some vacant properties are also exempt from a permit for a maximum of two years on certain compassionate grounds, such as an owner who was in care or a property vacant due to a catastrophic event.

The City has a new online questionnaire on ottawa.ca/VUT where residents can find out whether their residential property could be subject to the new Vacant Unit Tax on the 2023 final property tax bill.

The questionnaire is easy to use and will only take a couple of minutes to complete. The number of questions on your current property occupancy status will vary between two and five questions, depending on what answer you select.

Between January and March 2023, all property owners will be required to complete a mandatory declaration online on ottawa.ca/VUT or through MyServiceOttawa. The declaration will take less than five minutes to complete and will be based on your property occupancy status during the 2022 calendar year.  It will be an annual requirement.

The Vacant Unit Tax could be subjected to secondary residential properties that have not been occupied for more than 184 days and do not meet any of the exemptions, which include:

This new tax serves as an incentive to ensure secondary or other residential investment properties – which are not the owner’s principal residence – remain occupied either through renting or placing it on the real estate market.

Vacant Unit Tax revenues will help fund affordable housing initiatives, in accordance with the City’s Ten-Year Affordable Housing and Homeless Plan, which commits capital funding for the construction of up to 500 new affordable units annually.

Over the next two weeks (November 7 to November 18), crews will be undertaking the following work:

Each year, the Snowflake Breakfast raises funds for the Partage Vanier Food Bank, supporting thousands of households in need.

You can purchase a ticket for yourself, donate a ticket to someone in need, or make a direct donation. 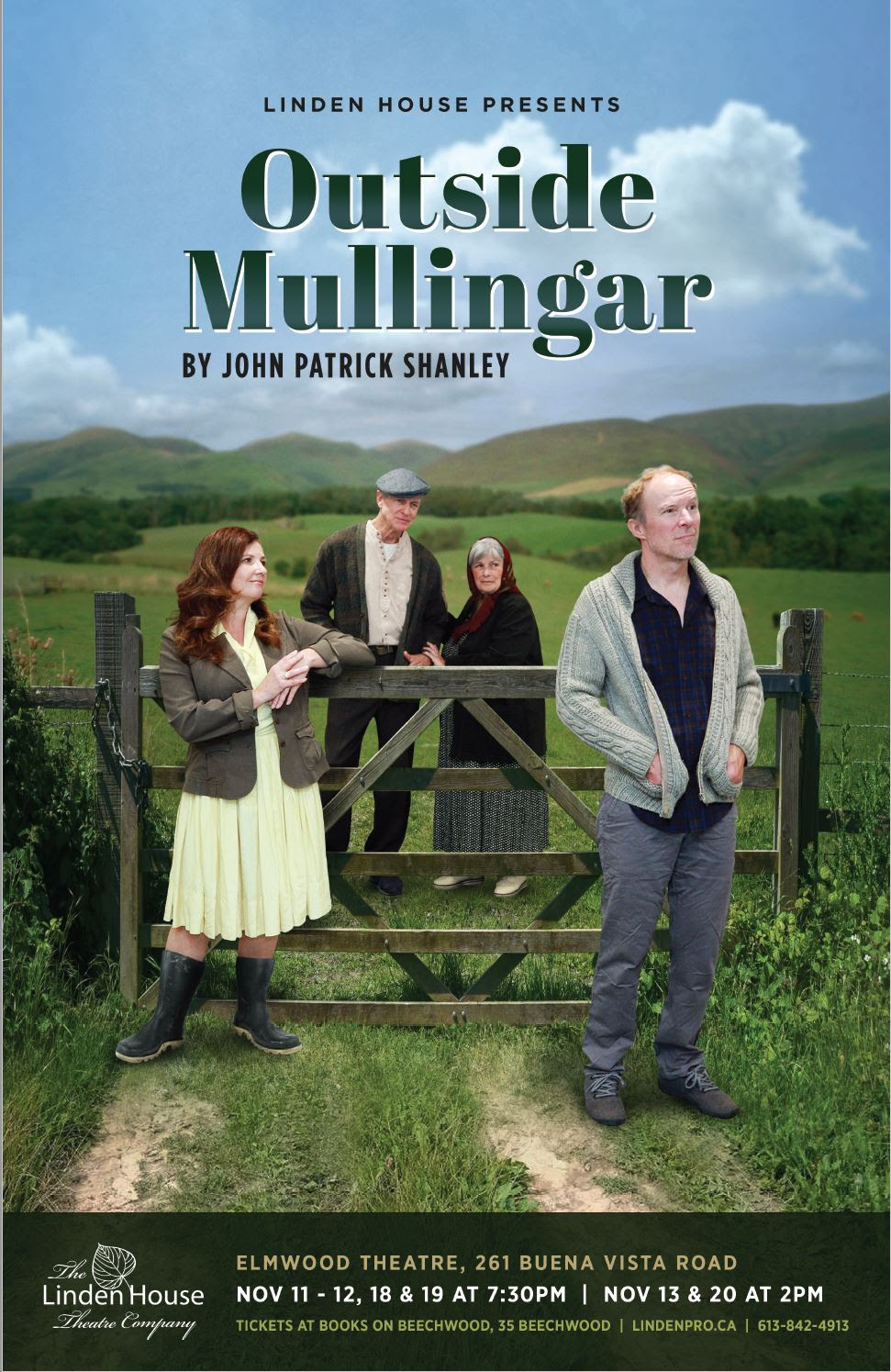 Tickets for the play are available at Books on Beechwood and at www.lidenpro.ca