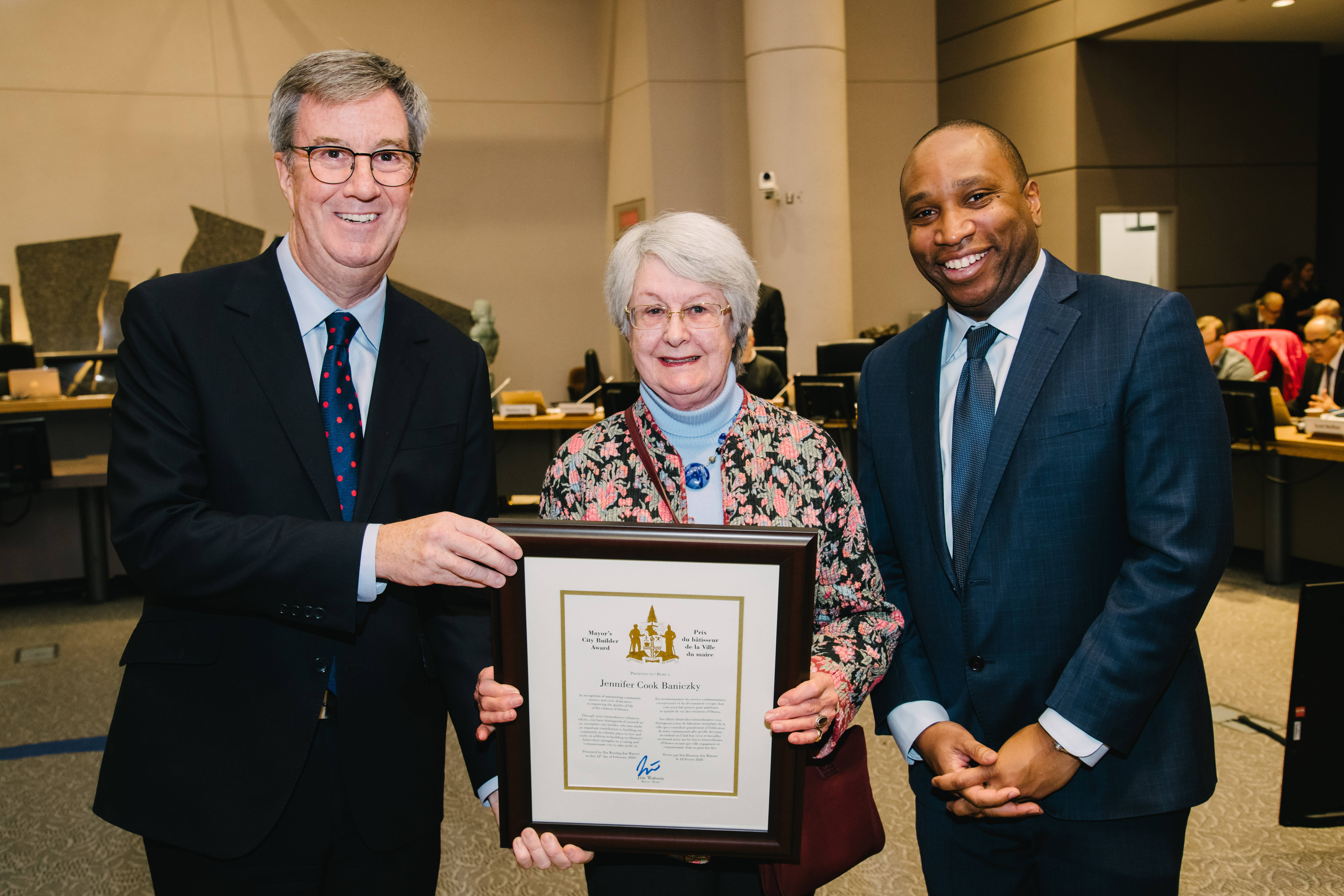 Ms. Cook Baniczky has been volunteering with the Shepherds of Good Hope for more than 35 years. She is known for her warmth, her steady demeanor, and her steadfast commitment to supporting some of Ottawa’s most vulnerable people. Her decades of acting as the Coordinator of Volunteers earned her the Shepherds of Good Hope’s “Calmer of Storms” award.

In 2015, Ms. Cook Baniczky participated in a neighbourhood group that sponsored a refugee family from Syria and helped them to settle in Ottawa. She is also a member of the Writers Union of Canada and has published several books for children and young adults. She has also donated her time reading to children at her local school and helped to build a library in West Africa.  Additionally, Ms. Cook Baniczky is very involved with the Stephen Lewis Foundation’s Grandmothers to Grandmothers Campaign raising funds for sub-Saharan grandmothers bringing up their AIDS-orphaned grandchildren.

The Mayor’s City Builder Award is a civic honour, created to recognize an individual, group or organization that, through outstanding volunteerism or exemplary action, has demonstrated an extraordinary commitment to making our city a better place today and for the future. This may include lifelong service, outstanding acts of kindness, inspiring charitable work, community building or other exemplary achievements.

Individuals, groups or organizations may be nominated by members of City Council or the public.

The award is presented at the beginning of each City Council meeting.